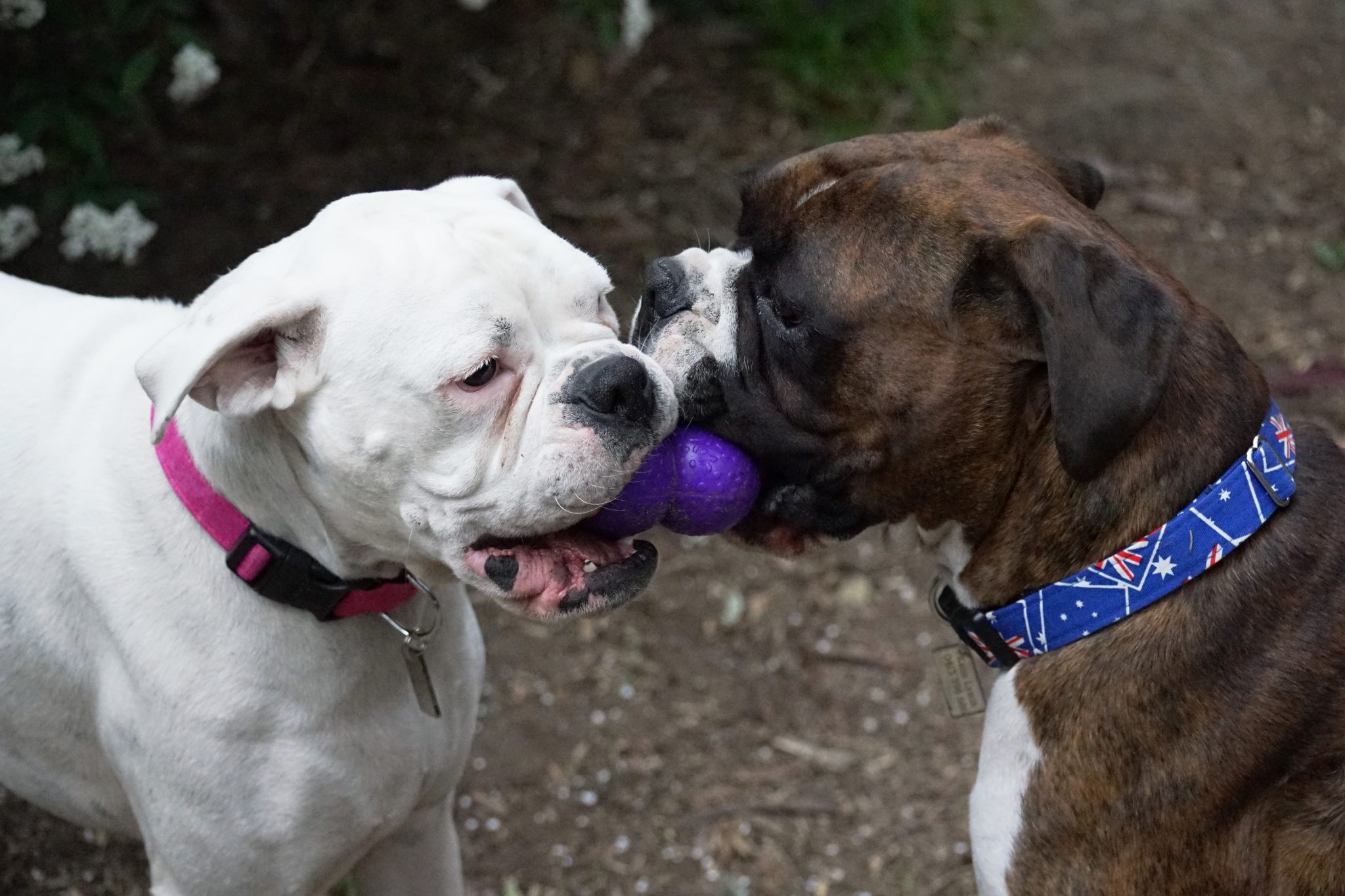 Boxer is a muscular, powerful and herculean medium-sized dog. It is a human friendly fellow but one should never forger its sturdy jaw and sharp teeth. We’ll try to elaborate in this article about the appropriate information for a Boxer dog’s biting. It is to be remembered, Boxer dog is not considered a riskier pet. If someone among you are desirous to adopt a Boxer, then happily go for it. But still there are some important details we want to share about the Boxer dog bites.

According to a research, millions of dog-bite incidents are reported every year in the American continent, out of which, almost 700,000 are of the nature in which the medical treatment is advised. Boxer is also one of the dogs who can commit the bite attacks. The small-tailed German-bred Boxer has actually the ancestor known as ancient English bull-dog (Bullenbeisser) which belonged to Molosser.

This dog was a wild hound famous for its force and agility. This breed is extinct now. So, boxer carries some of the aggressive genes inherited from its ancestor. Although, Boxer is a popular choice for its socializing and playful character, but once of the prominent features is, its bold protective nature.

The Bite force of the Boxer; 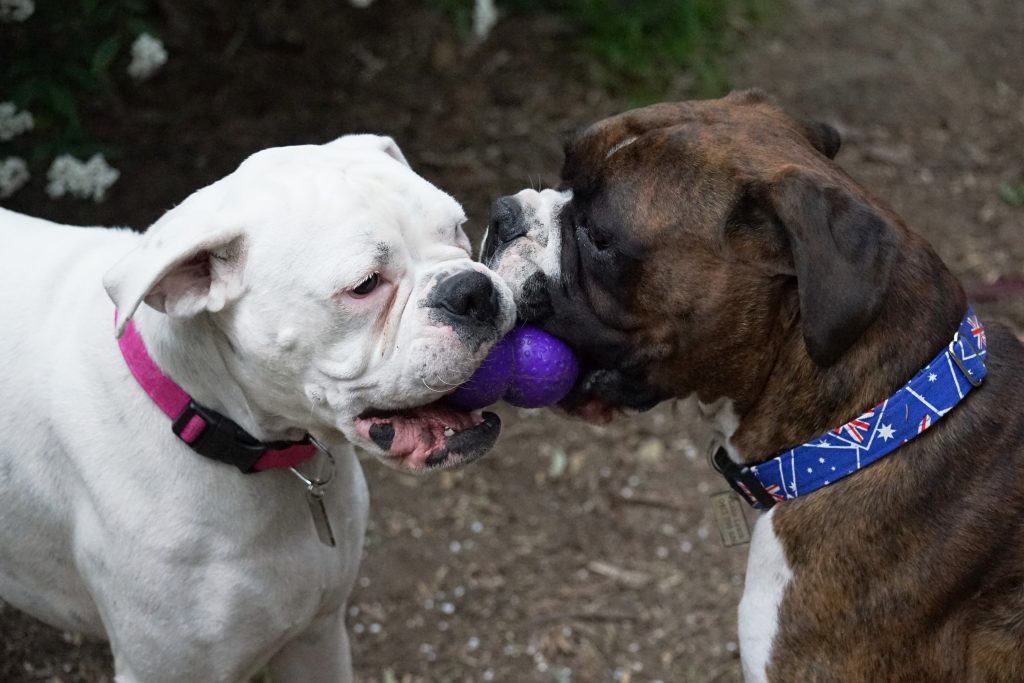 Boxer, which is the result of a crossbreed from the old English bulldog, it was actually bred for the hunting purposes. So its majestic jaw would have been the pre-planned strategy of its breeder. As in those days, the dwellers of the remote areas trained the boxer to hunt and lock onto the prey and to drag it back to their places. There is also a belief; the wide nostrils were also designed as the boxer could be able to breathe easily while it had a forceful grip on the prey with its mouth.

There is a guess; the boxer dog has an estimated bite force of 220-240 pounds.We are just discussing about the average bite force of an adult boxer. As the bite force is literally dependent upon the age of boxer. The size and sex may also create the difference regarding the measurement of the boxer’s bite force.

Boxer pups only can take a sharp nip;

There are various nipping incidents recorded in which the boxer puppies took sharp nips of the kids who were playing with them. What is nipping actually? ‘Nip’ might be a signal given by the boxer which could be made in the air or sometimes it might result in an agonizing tweak to the skin of the victim. The boxer’s nipping might be result of several reasons, as sometimes it is unhappy for its environment or due to some disturbances. In any case, your boxer pup is needed to be trained and the essential skills to be taught to him.

Sometimes, when the pup is not in a mood, it might give the nipping signal to avoid the thing which is causing irritation to him. Better is to leave him alone and let him do whatever he desires. A latest report on ‘Dog Biting incidents on children’ tells, the boxers are one of the most dangerous biters due to their attacks on the young fellows.

This is a fact; a bite by a boxer could be sometimes seriously damaging and painful. If your boxer is not properly trained, it might possess a serious threat for biting as it has tremendous biting force as we have mentioned earlier as well. Many cases are reported as the mostly the victims are children while they were playing with their boxer.It might attack the faces so the eye injuries, facial disfigurement, injuries on the neck, vandalizing the noses and other sensitive parts of the faces and many other types of infections might occur as well. If an adult bites, the fingers, bone fractures, punctures and Rabies could also be the results as well.

How to tackle the furious boxer?

In a case, you realize you are facing a furious boxer; you must act in a gentle way and should not give any harsh gesture towards him. Some might act foolishly by trying to hit the boxer or to kick at him. Especially when a mother is with her puppies, she should not be disturbed at all. If a boxer is entirely un-known to you, don’t involve with him unnecessarily.

It is better if you counter an unknown who is aggressive, better call for help. If he is approaching towards you in a wrathful manner, you should just stand still and remain calm. Better to avoid the eye-contact with him. Always remember, running might make him more provocative and he’ll become more belligerent.

Train your boxer, not to bite;

A boxer owner is fully aware about the harsh ability of biting by his boxer. So they always want to acquire the knowledge to give the suitable training to their companion to avoid its rage. Speaking loudly or imposing force on your boxer wouldn’t work at all. Because, in this way, the dog becomes scary and it may react in more blunt way. The owner should pay respect to its companion and it should be taught in a nice and gentle way. If your boxer puppy is giving you a nip, the best way is to change your physical position and to ignore him for some time.

Resultantly, your boxer puppy will start to take your attention again. Better is to respond its eye-gaze slowly but still stop in involving any activity with him. It will be a real testing time for your puppy and it will try many things. Then it is time to start slight conversation with your puppy but avoid expressing joyful mood.

And then go to the same position as you were already when he nipped you. If he doesn’t nip you, then he deserves the admiration and if it has repeated the nip then he requires more training. There are numerous other training tactics that will work and result positively. Just a serious and positive attitude while training your boxer is the most important perquisite.