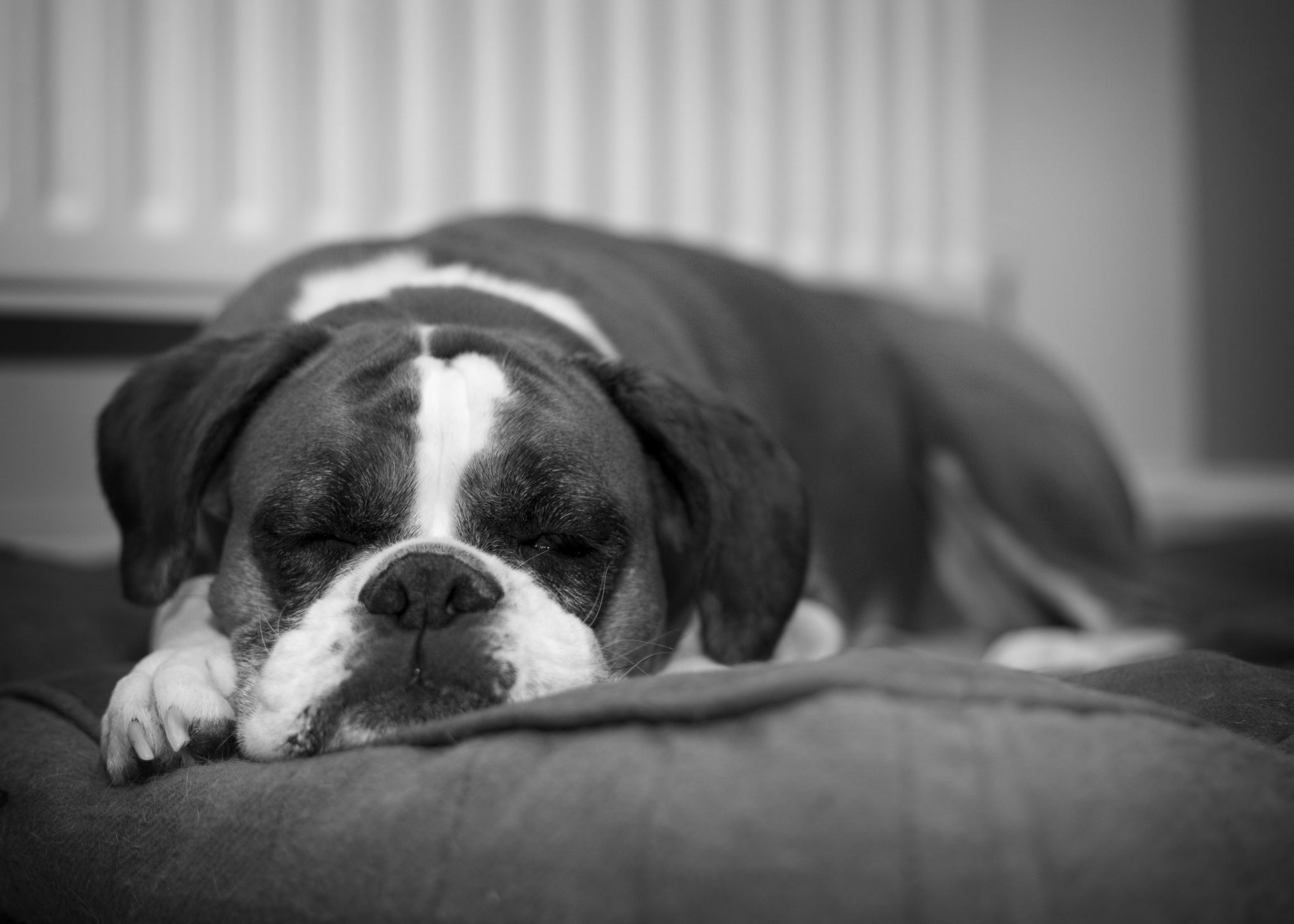 Drooling or slobbering means in simple words, ‘the dripping of salivation’ and it is a common thing among the boxer dog breed. The jaw and cheeks of the boxer dog is the main responsible for this act done by a boxer. The shaping of the head of boxer dog passes through many stages of evolution in its age and as it grows, there are many changes in its frame. Normally, in two years of age, a boxer obtains the refined and adult form of its head. When a boxer dog tries to fold its lips inward, some drivel is created and it is swallowed by it. Otherwise,

if the lips are opened up outside, then the dripping of saliva is run. In most of the times, the drooling is not observed in a boxer dog, but after a physical activity or gaming or after the exercise, lot of drooling might happen and becomes visible.

Drooling and slobbering while eating or drinking 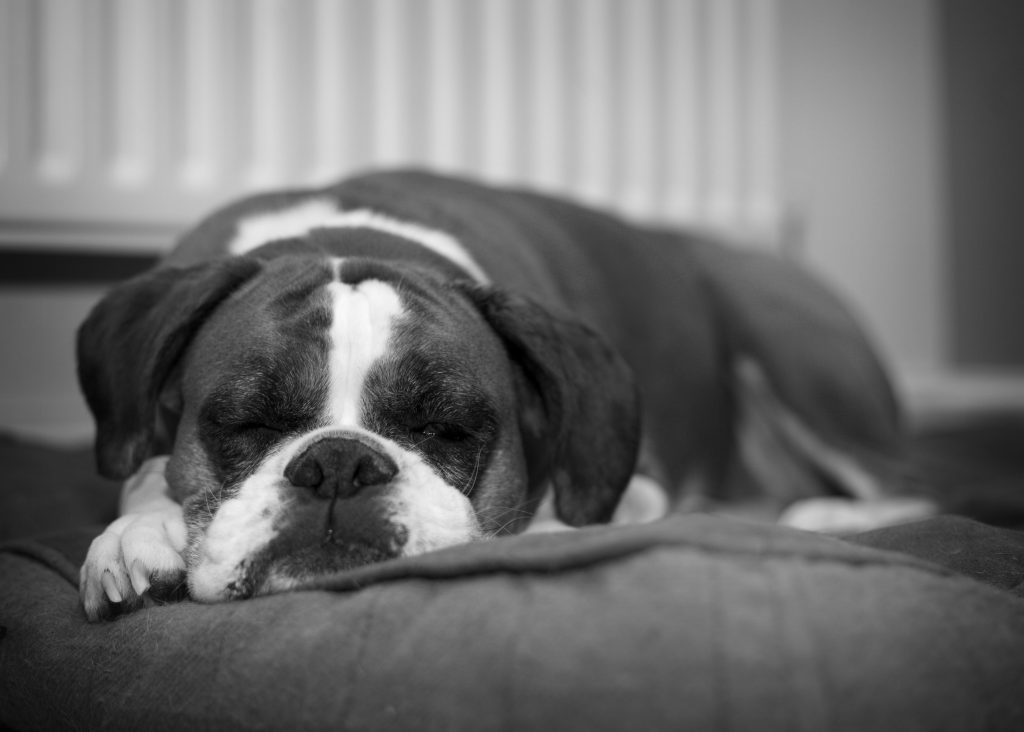 In all ages, the boxer dogs are also ordinarily drooling after drinking a liquid which can be the admixture of both saliva and water. There is another noteworthy point about the boxer dog breed, as it is not so ethical and well-behaved while taking its diet, there can be sloppiness in form of drops of slobber coming during eating by a boxer.

So it is recommended to have a cleaner to keep the place tidy after it is finished up with its food. When a boxer dog foresees or is prepared for having its food, it can drool or slobber as well.What happens actually, after seeing its food, the signals are transmitted to the brain which makes the salivary glands to come into action.

The thinking and seeing of the food provoke the glands to activate and discharge the liquid. Scientifically speaking, the saliva is generated in the salivary nuclei located in the brain stem. In its young ages, when the teeth process is also active, the drooling can be done by the boxer puppy. The emerging of new tooth also results in salivation.

Apart from the abovementioned circumstances, if you find your boxer dog in drooling too much, it might be a sign of some medical problem caused by stress, frustration or some kind of other health issues. It is also pertinent to mention, when a boxer pup is brought to a new home as the whole surrounding and environment is strange for it, curiosity in knowing the new state of affair can also become a matter of anxiety. There must be a suitable and appropriate socialization plan prepared by the owner.

The continuous but steady influx of the newly entrant with the household and places will be a useful exercise. There is lot of material available these days in both printed and electronic forms for the training and socialization plans for new boxer dogs and still if these don’t work, then the dog behaviorist might also be consulted.

Panicking and nervousness in a boxer dog

Panicking and nervousness sometimes as a result of some fear or anxiety are the factors that might develop in a boxer dog at any stage. If a boxer dog is stranger to some material or object or even some situation is completely new to it, it can feel the state of panicking and nervousness. The best way to resolve and settle it down is its proper training. Otherwise if the situation is continued and the issue is not addressed, such boxer dog might also start the drooling. Even, if there are some changes occurred at its place,

it is always recommended to the boxer owners to get them familiar with the newer objects and situation. If you are having an older or senior aged boxer dog and if they come to such situations then always provide him/her with a tranquil and harmonious place where it can fearlessly withdraw its anxiety and stop drooling or slobbering.

If your boxer is victim of certain health problems, it might cause drooling

As it is also mentioned earlier, the drooling or slobbering might also occur in a boxer dog, if it is having some kind of disease or sickness. Before going into details, it must be remembered, boxer dog is prone to slobber and drool normally due to its facial structure. There are several types of medical or health related factors that might cause this situation and some of those are elaborated as following;

1.Teeth problems and drooling and slobbering: If there are some bruises or the boxer dog is facing toothache or if the gums are in trouble, then the boxer dog might also suffer from continuous drooling and slobbering. Obviously, the way to void such situation is to maintain complete dental care of your boxer dog. If the problem is severe then the vet must be consulted. Otherwise there will be infection and it will cause your Boxer to drool.

2.Take extreme care while transporting boxer dog: If your boxer dog is traveling with you or is being transported in a vehicle and it is not open to have fresh air, then it can also cause the drooling. In addition to this, it is also good to stop after covering some distance. Especially during a long drive, the boxer dog must be provided with enough space in which it can stretch his legs and keep its whole body in a comfortable position. Also the toilet needs during the ling drive must also be kept in mind.

3.Drooling by a boxer dog after a physical exertion: Boxer dog is a tremendous athlete and after a hard and tough exercise, it might feel physical exertion. To avoid the heat fatigue, the best way is to plan the exercises with interval designs. Always remember, this dog breed becomes thirsty soon and needs water off and on. So better is keeping a water bottle during outdoor to keep it cool. Particularly, in the hot weather, the outdoor activities to be done in early mornings or late evenings. 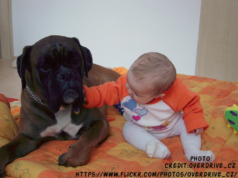 Are Boxers Good With Kids